Next Thursday, RTA Board member Randon Lane will become first to ride all bus routes

Looking for someone who knows how to get around on the bus? Just ask Riverside Transit Agency Chairman Randon Lane. After all, he’s ridden on virtually every bus route. All 48 of them. Both ways.

Lane’s public transportation odyssey — which has stretched from his home city of Murrieta to San Bernardino, from Corona to Escondido, Riverside to Disneyland, and everything in between — comes to an end next Thursday, January 24 when his Route 10 bus stops at RTA headquarters in Riverside.

When that happens, Lane will be the first person to have ridden every bus route from end to end, east-west and north-south. That’s 2,000 miles and no small accomplishment considering that’s almost as many miles as it takes to go from the Inland Empire to Chattanooga, Tennessee.

For Lane, who owns his own car, this epic bus journey is all about experiencing firsthand the routes and customers that he — and his fellow Board members — are making decisions about.

“This journey has given me a chance to meet some wonderful people and gain a special insight into how and where our buses operate and the evolving needs of our customers,” he said. “It’s been a great experience.”

When his travels end next week, Lane will have spent 113 hours and parts of 35 days inside dozens of buses. Much of that time was spent meeting drivers, mingling with students, commuters and other regulars while getting work done on his laptop.

“There’s a lot more to public transit than people think,” Lane said. “The conversations I’ve had with our customers and the things I’ve learned along the way have been priceless.” 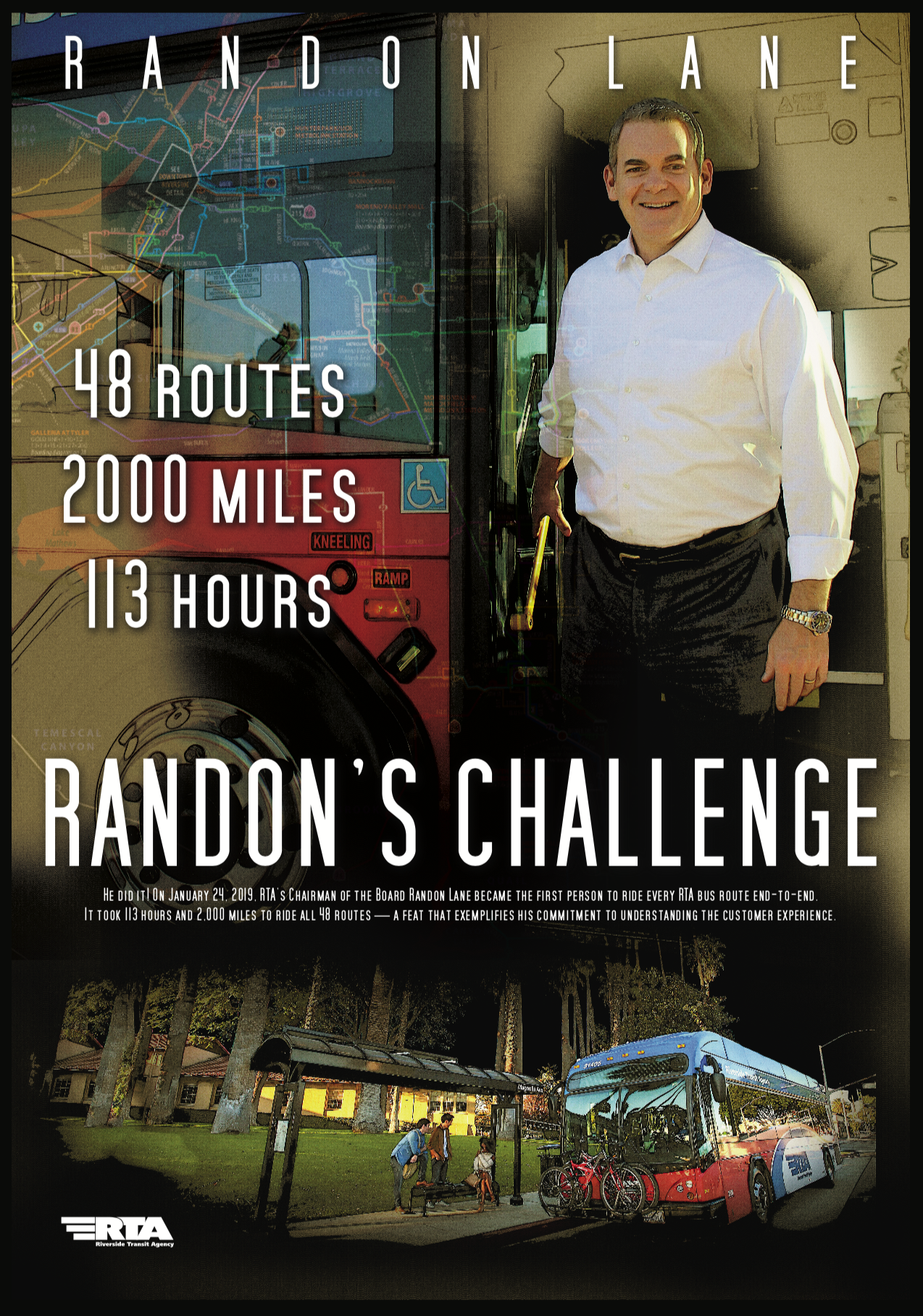